Sick Kids Get a Dose of Aussie Animal Magic: Newshound from Downunder Teams Up with The Children’s Television Network 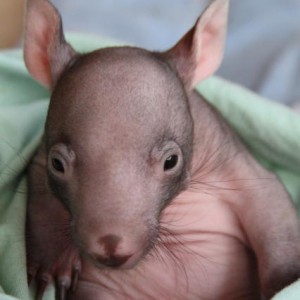 The hospital television network beams feel-good programming to US hospitals, with predictions the audience will grow to an estimated 15 million kids per year as the network rolls out over the next 18 months. An interactive version of the Children’s Television Network is also in the works that will allow for Media Animal TV stories to be available on demand for kids in children’s hospitals that want to see more Australian animal stories.

“To use an Australian term, we are “stoked” to have Tracey and her amazing stories of Australian animals as part of the smile team for the Children’s Television Network.”

“MediaAnimal.TV is a wonderful example of positive and inspirational programming coming together from around the globe to help our children’s hospitals treat sick children.

” How can you resist baby kangaroos and koalas? Tracey is ray of sunshine from down under delivering just what the doctor ordered for our kids,  said Vick.

Tracey Preston is just thrilled that her colourful stories will not only be seen by a wider audience via ‘The Children’s Television Network’, but more importantly help brighten the lives of sick children. Media Animal.TV is set to introduce US kids to our unique Aussie animals and some equally unique human personalities, from animal whisperers with amazing insights into pets, to quirky wildlife lovers who show us an unexpected side of nature.

While therapy animals have been used in hospitals for decades, not all children can access the real thing. Watching videos of cute animals can stimulate some of the same responses in our brains, however, inducing pleasure and relaxation. “It’s something that gives us pleasure, and makes us come back,” Yale psychologist Oriana Aragon has told CNN. “So seeing and caring for something cute acts in a similar manner in our brain; we see a cute baby, and instinctively reach out to cuddle it, our brain gets a dopamine boost to reward us, and boom, we’re happy.” A study at Indiana University found watching cat videos, for example, boosts viewers’ energy and positive emotions and decreases negative feelings.

Media Animal.TV can currently be viewed on YouTube and at www.mediaanimal.tv in Australia, and Preston expects to announce similar local distribution deals in 2016. Meanwhile Vick is hoping to bring the Children’s Television Network’s brand of hope and inspiration to Australian screens soon.

Tracey is a television journalist with over fifteen years’ experience reporting and presenting Australian Television news for Channels 9,7,10 and SBS. Tracey has been covering the animal story beat for many years- a career highlight as a Channel 7 journalist was traveling to Zimbabwe with cricket legends Alan Border, Carl Rackemann and David Gower to raise awareness about the devastating effect poaching was having on the Black Rhino. As Executive Producer of MATV she has produced and covered countless stories about Australia’s own threatened species as well as unique stories about the ordinary people doing extraordinary work with animals along the way.

Tracey has also worked with big brands like Purina to positively shift Australian mindsets about adopting abandoned animals, and through her agency ‘Media Animal’ represented some of Australia’s most dedicated and talented people helping to better the lives of animals.

About The Children’s Television Network

The Children’s Television Network’s mission is to bring hope and smiles to children, parents and caregivers inside children’s hospitals. From celebrities, athletes and children’s content creators the network helps to bring everyone together to entertain and inspire the kids.